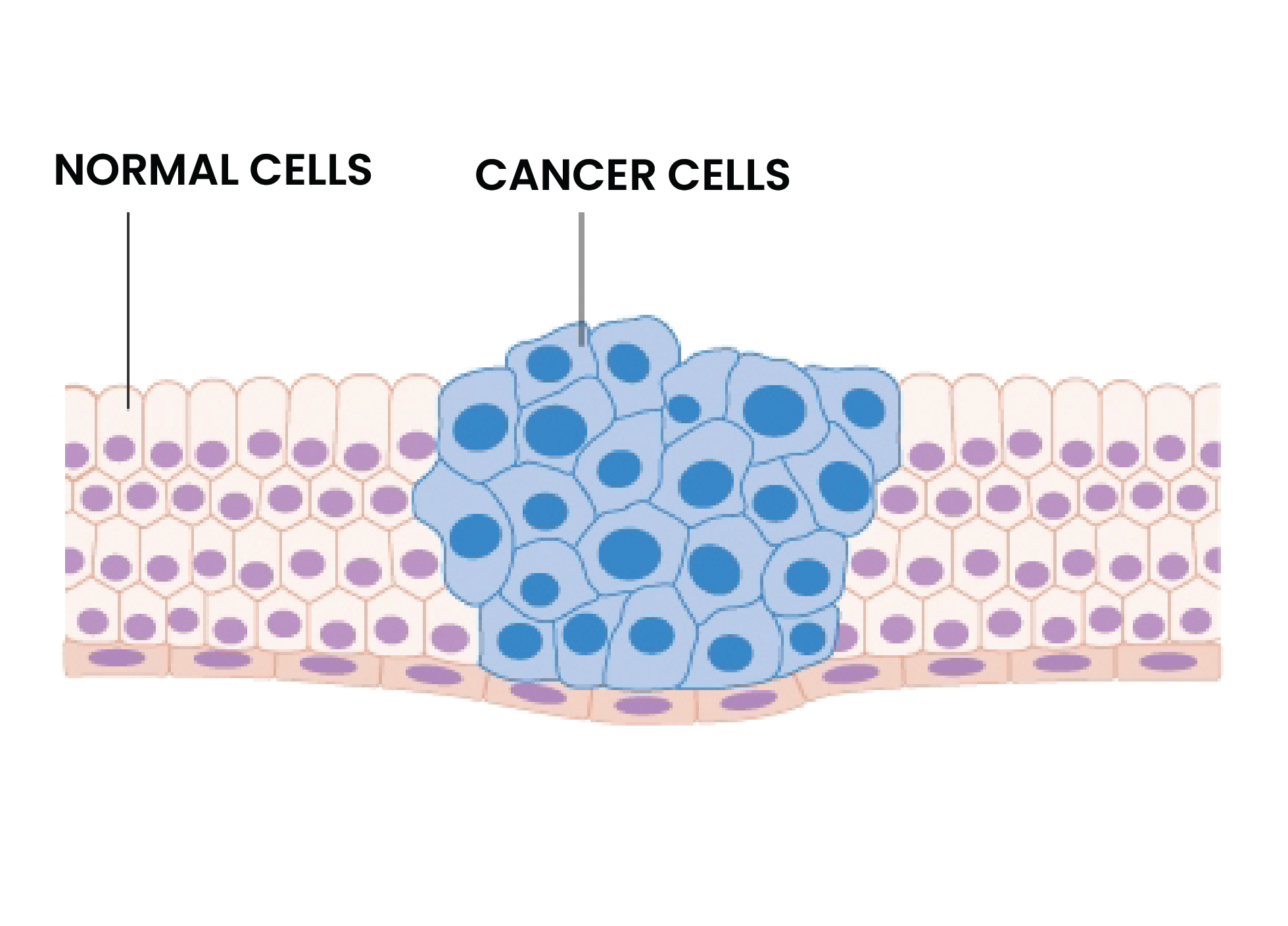 Your body is made up of trillions of cells that normally grow and divide as needed. When these cells are abnormal or get old, they usually die. Sometimes this process breaks down, and abnormal or older cells grow and multiply when they shouldn't. Cancer is a disease in which cells begin to grow out of control and spread to other parts of the body. It can develop anywhere in the body and is named after the part of the body where it started. Cancer cell grows so much that it forms a mass of cells called a tumor.

What are the different types of tumors?

There are two types of tumors.

What does a tumor do?

Tumours cause medical problems by directly pressing on and damaging nearby organs and indirectly by breaking off and invading other distant tissues and organs.

What are different factors causing cancer?

For a clear understanding of cancer-causing factors, you should know what exactly a mutagen is. Mutagens area cancer-causing substance that causes irreversible and heritable changes in DNA. Mutagens can be physical, chemical, and biological.

Certain hormones, family history of cancer, poor diet, lack of physical activity, or being overweight are also a risk factor for cancer.

What are the types of cancer?

The four major types of cancer are -

What are the early warning signs of cancer?

The early warning signs of cancer are as follows: 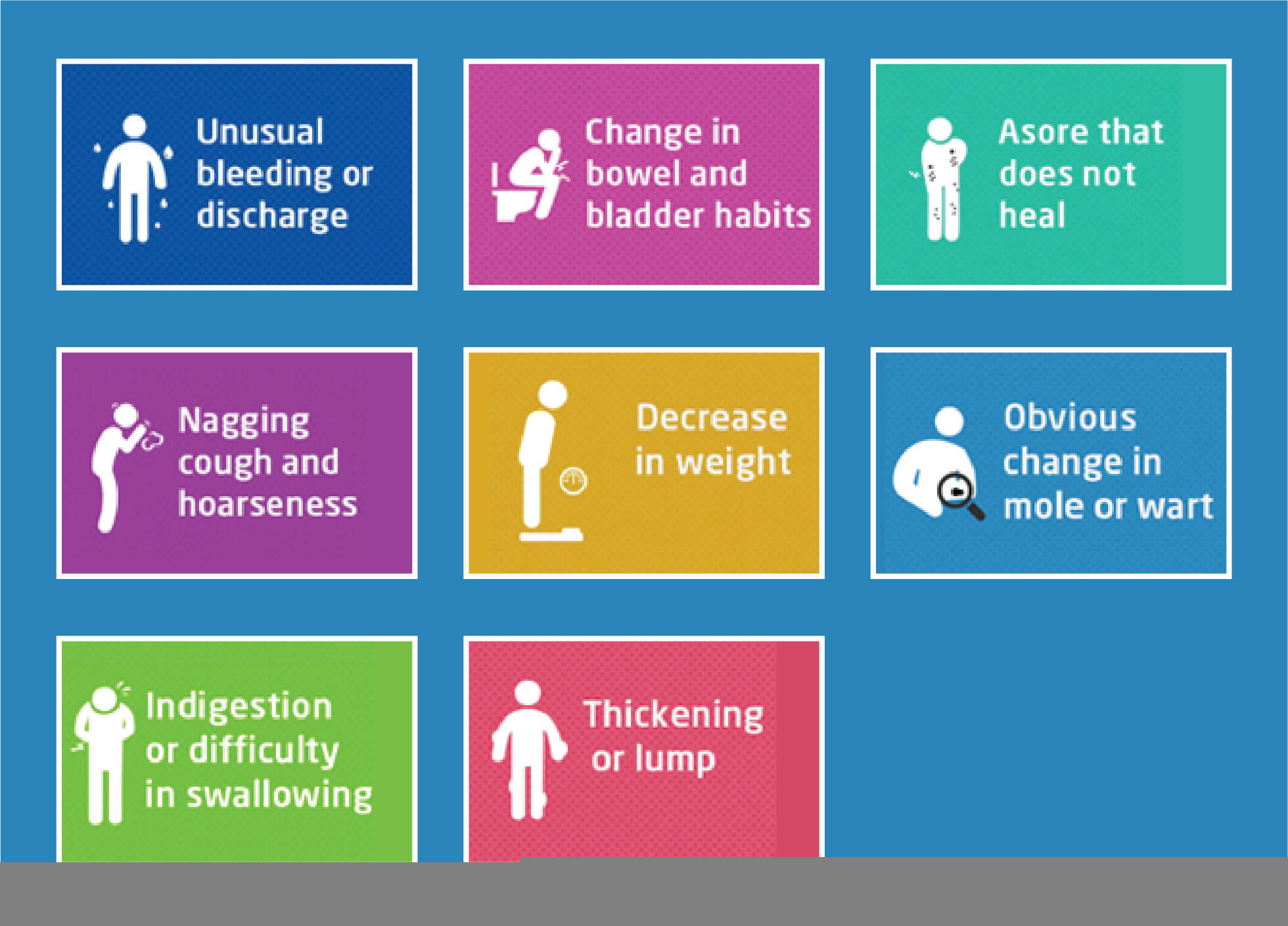 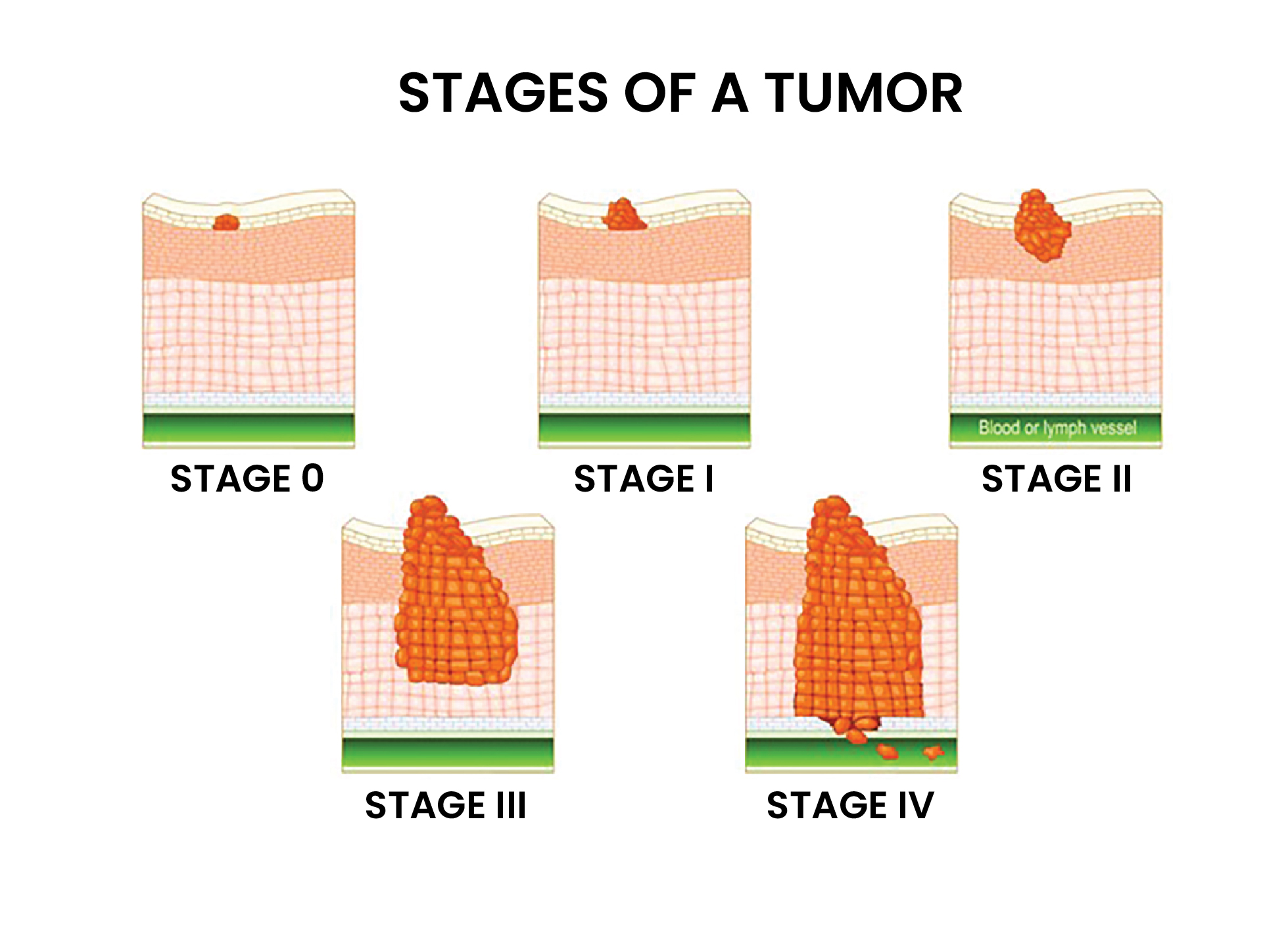 How does cancer progress?

Cancer progresses according to the categories grouped into four stages (I to IV), some cancer may also have stage 0

There are several methods of diagnosing cancer with today’s modern medical research.

Your doctor may use one or more methods to diagnose cancer which is usually done by a pathologist and oncopathologist. 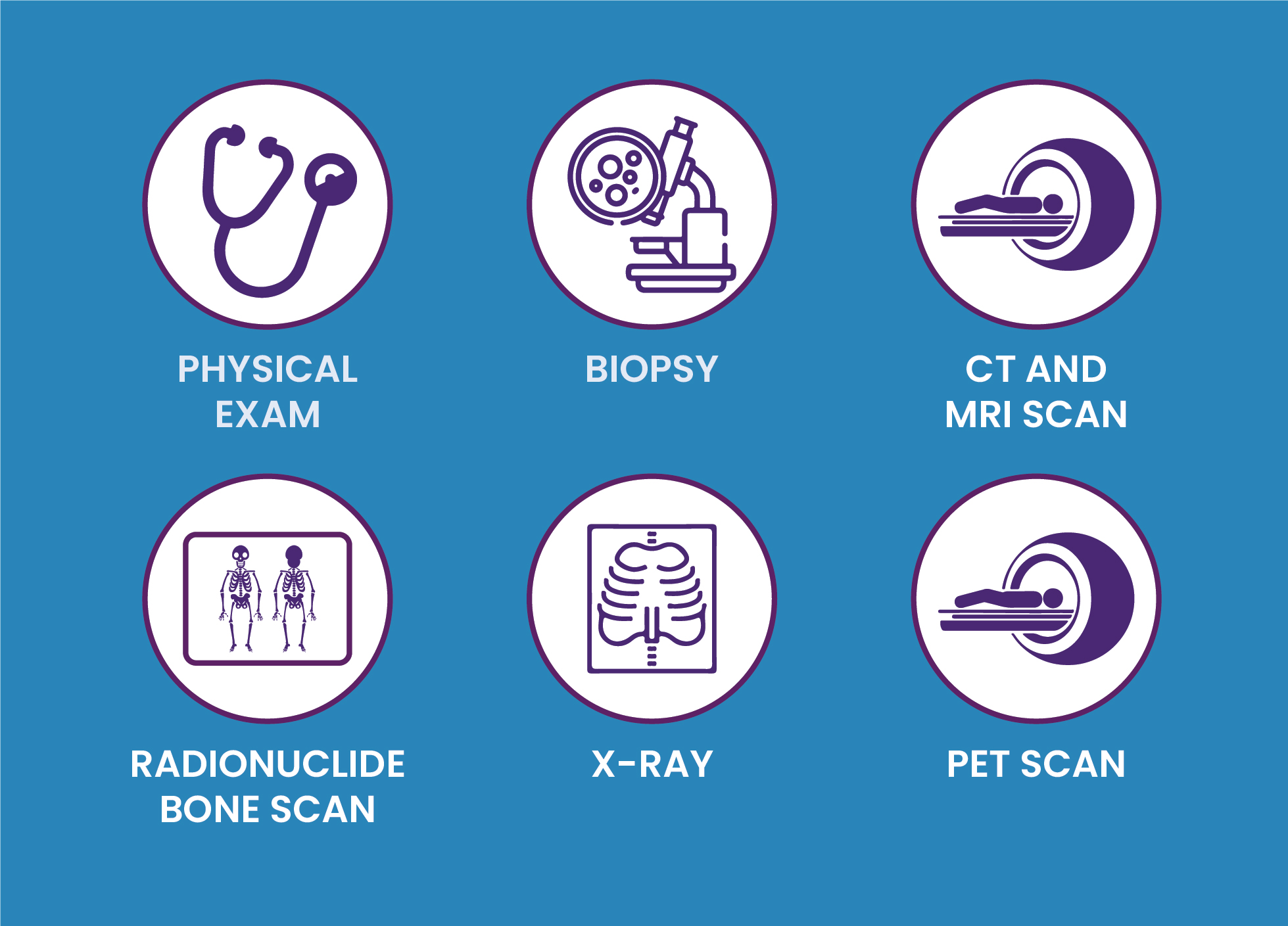 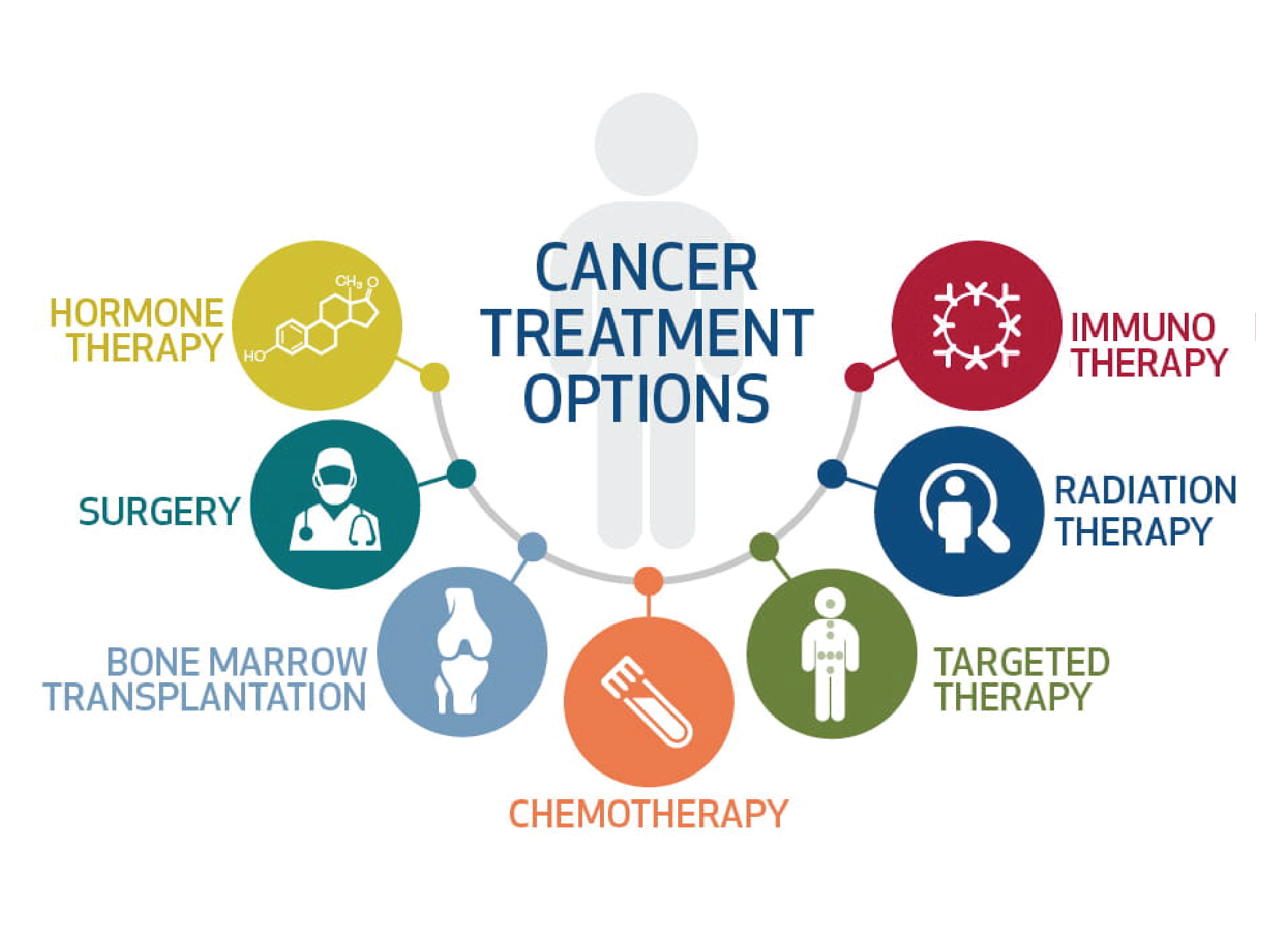 Cancer is treatable and chances of survival increases if it is detected on time. Treatment of cancer depends on stages (0-IV) that is how far advance the cancer is and types of cancer. This information is used to help decide and plan the best treatment. Treatment of cancer includes surgery, radiotherapy, chemotherapy and sometimes combination therapy. In later stages (Stage IV) targeted biological therapy is also used.

The following are the different types of cancer treatment: